A little background about me may be useful in understanding where I'm coming from in this post: for basically all of college I was, frankly, really poor. I was always able to at least buy cheap food and drive to Bloomington to see Emilie, but sometimes not too much more than that.

When I lived in an off-campus apartment during my senior year, this tightness of money motivated some sort of extreme behavior, including my roommate unscrewing several of his vanity lights and the apartment reaching pretty uncomfortable temperatures before any heating or air conditioning was turned on.

I was unhappy living with such present reminders of my own lack of funds, so after graduation I reacted to my new full-time job and nice apartment by doing basically the opposite: making my apartment as comfortable as possible, and just budgeting a higher amount of money for utilities. After all, it would be sort of silly to be shivering in my own apartment when I can easily afford to heat the place.

Over the last year or so, I've been given a few prepaid gift cards as rewards and presents. The ones I've received have all been Discover and American Express cards, but I imagine the problems I've had are not just limited to these two types.

If you haven't seen them before, the cards look something like this (image from American Express): 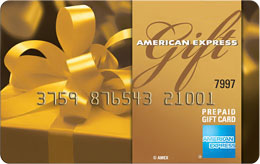 I do most of my shopping online, so I have often tried to use these cards on web stores (specifically Amazon), with very little success.

Because online stores require you to enter so much information (billing address, billing phone, name on card, etc.), it seems almost impossible to get the right combination of data that will let the card go through. Sometimes, the billing address needs to be that of the person who originally ordered the card; sometimes the name does too.

Amazon (and probably other stores) often authorize the card at a later time, so I've ended up in this weird crisis situation where my order is being processed, but my payment hasn't gone through, and I get an alarming email from Amazon with a deadline, like this:

It's been a little while since I've posted, and hopefully it's been worth the wait, because I do have some sort of exciting news: I've finished a personal project! (It really doesn't happen that often.)

What's the project, you ask? Well, let me tell you.

The two most popular NPR programs, Morning Edition and All Things Considered, don't have official podcasts on NPR's website. You can listen to the stories with their online player, and you can even get the content and audio of the stories through their API, but there just isn't a podcast for either one of them.

That's where this project comes in.

This post is a promised follow-up to a previous post, and in it I will explain the steps I took with my Kindle Touch (4th Generation Kindle) and MacBook Pro to remove the screensaver (and banner) ads that now come standard with Kindles.

This isn't intended necessarily to be a guide for others, because I'm no expert, have only done it once, and can't possibly account for any problems that may arise in someone else's attempt to do the same. However, I've found posts like this to be really helpful in my own experimenting. All I aim to do here is to record the steps I took, in order, to accomplish a really specific goal: get rid of the ads. I've embedded any files I used here, just in case they happen to be unavailable at a future date. Hopefully this will serve as a second reference for anyone who gets stuck following an official guide, or who's unsure of where to start in all of this.

So that's what this post is. It's a long one, and I'll randomly be switching between narrating and instructing, and I'm sorry for that, but it's just easier to write that way. This post specifically applies to Kindle Touch (4th Generation Kindle) with firmware version 5.1.2. Anything after that I can make no promises for (heck, I can't make promises for this), but hopefully it's still in some way helpful. If you're interested, read on.

For our two year anniversary, Emilie got me a Kindle Touch (a pretty sweet gift). When I first turned it on and started messing around with it, I really liked the fact that because of the E Ink screen, which seems to hold its image without having to be constantly powered, the Kindle Touch never actually turns off its screen when put to sleep. Rather, it puts a "screensaver" image up that really just serves to hide whatever you were working on or reading. Furthermore, the images it uses for its screensaver are gorgeous, really making the device look awesome sitting out in a public place. Here's a picture of my favorite one, and you can actually grab the whole set in this post. 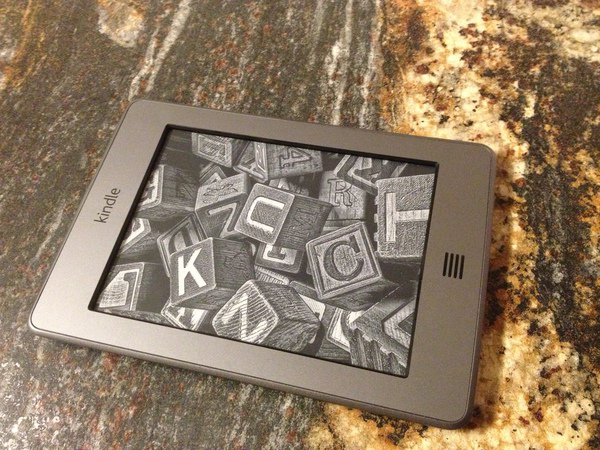 I kept happily exploring my cool new toy, including connecting it to the wifi in Emilie's apartment. I noticed that after connecting, banner ads started appearing at the bottom of the home screen (mostly advertising other Kindle books, but also including a few annoying ones from Intel (I think?) and AT&T).

I wasn't really bothered by this, and a little bit of reading in the included manual told me that I actually owned the "Special Offers" edition of the Kindle Touch, which gives buyers about a $40 price break in return for having ads appear on the menu screens.

To me, this is no big deal (actually, I sort of like the idea, especially since the ads seem pretty relevant a lot of the time). However, I got a lot less cheerful when I put the Kindle to sleep again and was presented with a whole new set of background, including these (actual images extracted from the device):